I just finished installing Visual Studio 2010 Beta 2 within a Windows 7 Virtual Machine running within Windows VIrtual PC and the Final/Finish screen of the installation wizard contains a weird, blue, Mac-style Button. Ok, I know it’s not exactly how the button are in the UI of Max OSX, but it’s much closer to that than it is to Windows 7 buttons.

The button looks so incredibly out of place, and I wonder who decided that it should be used, especially since it doesn’t match the UI of either the installer or Windows itself.

You can see a screenshot of it below: 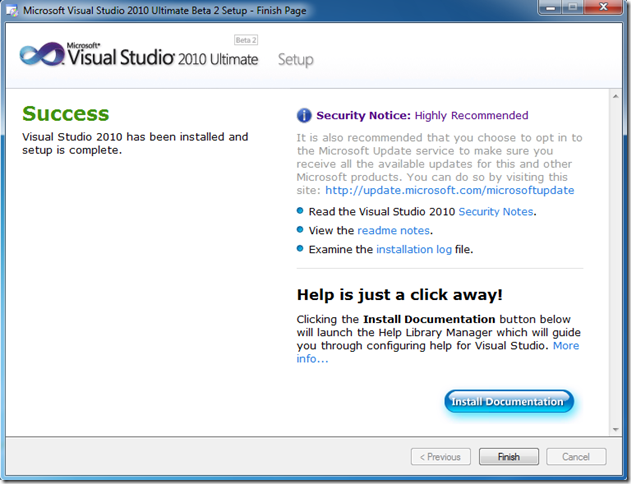